Thing is, our guys are pretty classy.  Nice try, Coke.  They’re not a mob.  They’re decent, hard-working folks who would like to go back to work with a fair deal.  That’s all.

Let’s talk ‘Typical Behaviour’ for a giant mega-corporation putting profits before people, shall we?

Don’t bother, Coke.  Until there’s a fair deal, WE’RE NOT BUYIN’ IT! 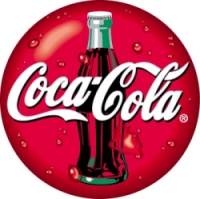 Coca Cola (by the way, it’s important to note that the Canadian Coca Cola Bottling Co. was overtaken by the American Coca Cola company recently) would have the public believe that the workers are being unreasonable, and that THEY walked away. The truth is that the union wanted to continue talks, and the COMPANY left hours before the deadline, and didn’t come back. Workers were kicked out of the plant at 9pm, Techs had to have their vehicles back by 10pm, and the company erected a fence around the perimeter of the plant in anticipation of strike action. Had they really wanted to continue talks and reach a fair resolution, NONE of that would have happened.

The company is not budging on all of the things they are *trying to take away* from their workers. The workers aren’t even asking for pay hikes; they’re simply trying to keep what they’ve already got in the way of fair benefits and their pension, and to keep jobs that Coke would rather have outsourced.

Coca Cola in the US made $48BILLION last year. Coca Cola in Canada (from what I can find online) made $12.34BILLION. And they want to cut pensions and benefits to the very people who have made them successful.

This affects my family. This affects the quality of the products you currently enjoy in Ontario and Manitoba. This affects McDonalds, Wendys, and countless other eating establishments and venues.

Please; If you see these guys picketing – SUPPORT THEM.

P.S. I’m seeing a lot of traffic on this post from Atlanta, Georgia, where Coca Cola has their U.S. headquarters. Folks, clearly you have a vested interest in this action. Are you really just thinking about the bottom line, or do you genuinely care about the people who work for you, and have made you what you are? I’m afraid I know the answer to that. Prove me wrong.

P.P.S. I’m also Tweeting as @YouKnowThatBlog – look for #cokestrike tags and join in. Please keep it truthful and clean.